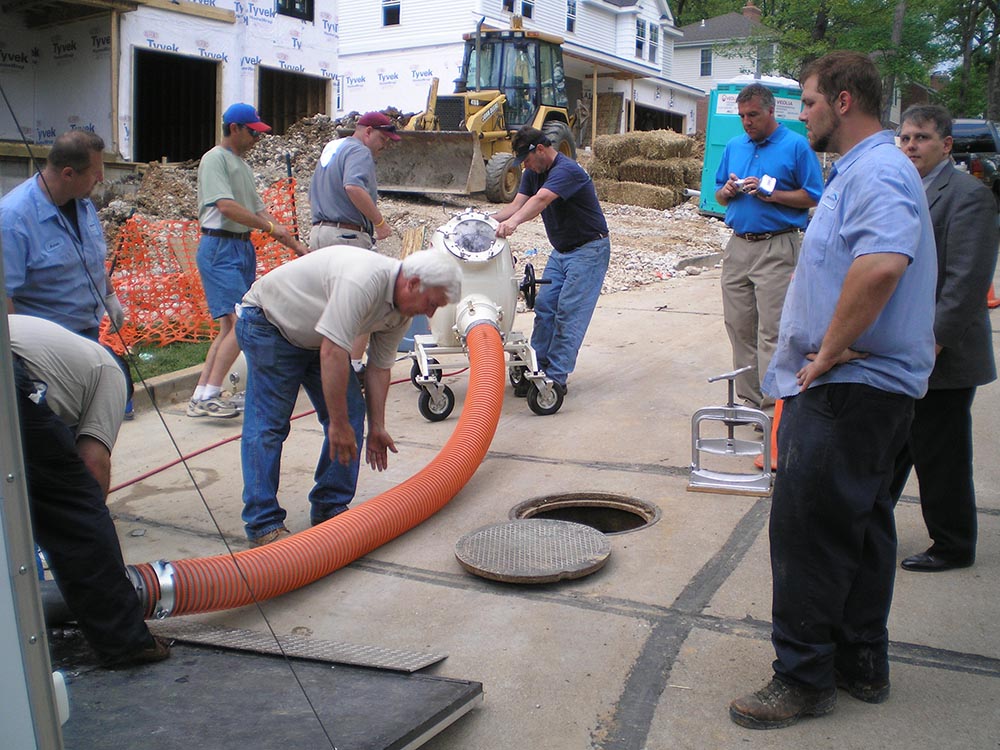 The city of Louisville is not alone in its vast efforts to rehabilitate the sewer systems as many throughout the nation are aging and outdated. That said, not all infrastructures are created equal. An infrastructure replacement project can be extensive and troubling when costs are passed onto the taxpayers. But what about other, more tangible inconveniences such as traffic delays and pesky travel detours and re-routings? The city has found a way to keep such slights far from the unsuspecting traveler and homeowner. While the city is currently replacing over six miles of sewer pipeline, there has been little impact on neighborhoods and residents. A multi-million dollar plan is underway and the location is the Eastern Parkway. Interestingly, the pipeline to be replaced is being slip lined- a pipe within a pipe-thereby eliminating the need to excavate. The pipeline being replaced is a 48 in. cast iron pipe and is nearly a century old. The pipeline services the Crescent Hill area and has had several cracks and leaks during recent years. The Eastern Parkway is the largest water infrastructure project in Louisville-to date, as well as the first time the city has used slip lining for its pipelining projects. This overhaul primarily addresses the solutions needed to keep neighborhoods in Louisville and Jefferson County protected, as heavy storms have caused increased incidences of flooding to hundreds of homes.

Louisville, Perma-Liner Industries would like to invite you to our exciting summer event! If you missed our Open House this month in California, no worries! Come to our Delaware Open House next month! Stay tuned for all of the details. It’s taking place from July 18th-20th. We want to see you there, and as always, we’ll have our experienced crew demonstrating equipment and all the latest in CIPP. Make a plan to attend and see you then!